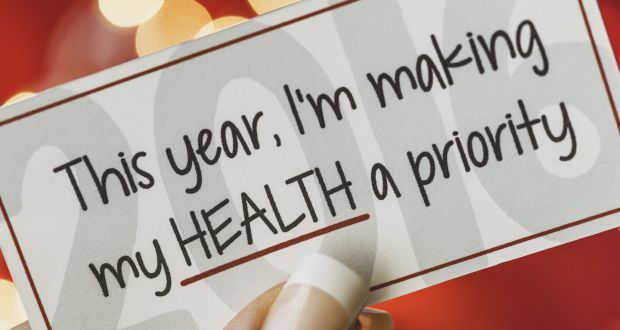 Sing it loud: much of health and wellbeing depends on willingness to change

Little in human nature escapes the scrutiny of scholarship, and New Year resolutions are no exception. We tap into a tradition that dates back to Babylonian times. Their new year began in March with the sowing of the crops: in ancient Roman times this shifted to January, associated with Janus, the two-faced god who looked into the past and the future.

As much of health and wellbeing depends on willingness to change, New Year resolutions provide a rich focus of study of human behaviour. Most resolutions are about health-related issues: we tend to make the same ones year after year, resolving on average 10 times to eliminate a particular vice.

Each represents simultaneously a failed previous attempt and the impulse to continue making future plans for self-change, a Beckettian pact with ourselves.

Our capacity for self-deception is reflected in a study of food purchases after Christmas. During the holiday season food expenditures increased 15 per cent compared to baseline with 75 per cent of additional expenditures accounted for by less-healthy items. Although there was a modest increase in buying healthy foods in the New Year, the level of less-healthy foods remained at holiday levels, leading the authors to describe our intentions as “New Year Res-illusions”.

Studies from psychology provide more insights, in particular the concept of False Hope Syndrome, characterised by unrealistic expectations about the likely speed, amount, ease, and consequences of self-change attempts.

One of the factors in False Hope Syndrome may be a failure to appreciate the emotional and psychological factors underlying our challenges in maintaining a healthy lifestyle. We may do better by focusing on positive rather than negative goals – doing rather than not doing – and undertaking activities that help us to gain insight into ourselves and how we relate to the pressures and opportunities of life.

While this may sound like a prescription for mindfulness, many clinicians remain sceptical as to whether formal mindfulness programmes currently in vogue are the best route for most of us. In studies of efficacy of mindfulness training, only a small proportion took up the training, suggesting that the full frontal approach benefits the minority so disposed.

For the rest of us, like much of our best experiences in life, an elliptical approach works best: the art lies in concealing the art, so to speak. It is all the better if such a change involves a degree of pleasure and a supportive environment.

My own major change this year, and one that I can heartily recommend as a New Year resolution, was to join a choral society, something I had been considering for years. In the event it has proved a remarkable experience, and I am only sorry that I did not join 20 years ago!

It is hard to disentangle any one element from the many positive strands involved. The choir, Our Lady’s Choral Society, was incredibly welcoming but also with a fantastic forward impetus and work ethic under the direction of one of Ireland’s most remarkable musicians, Proinnsias O’Duinn.

With little previous experience, I found myself over the course of six months singing a moving Beethoven oratorio, a sublime Schubert Mass, three performances of the Messiah, and a delightfully arranged Christmas concert.

The rehearsals are as important as the concerts. I find myself looking forward to Tuesday evenings where all else is cleared from my mind as I concentrate on the score and singing, allied to the pleasure of singing together.

In addition, there is the constant proximity to the beauty of the music. As a race we are not given to discourse on aesthetics in our personal lives, but aesthetics feature in Maslow’s hierarchy of needs as the penultimate step in self-actualization, a truer understanding of who we are.

The aesthetic experience is unbelievably heightened in performing in one of these masterpieces, almost as if one became a living character in a great novel or a celebrated painting like Rembrandt’s Nightwatch, moving from observer to embedded participant.

While the health aspects of choral singing are undeniable, these may be over-played to the importance of how it helps us to rethink and reshape our world, experience pleasure and companionship, and connect to something deep inside through text and music.

Choral singing is not the only route to positively engaging with self-awareness, pleasure, friendship, aesthetics and life perspective, but is a harmonious route to ringing (and singing) in the New Year.

This site uses Akismet to reduce spam. Learn how your comment data is processed.